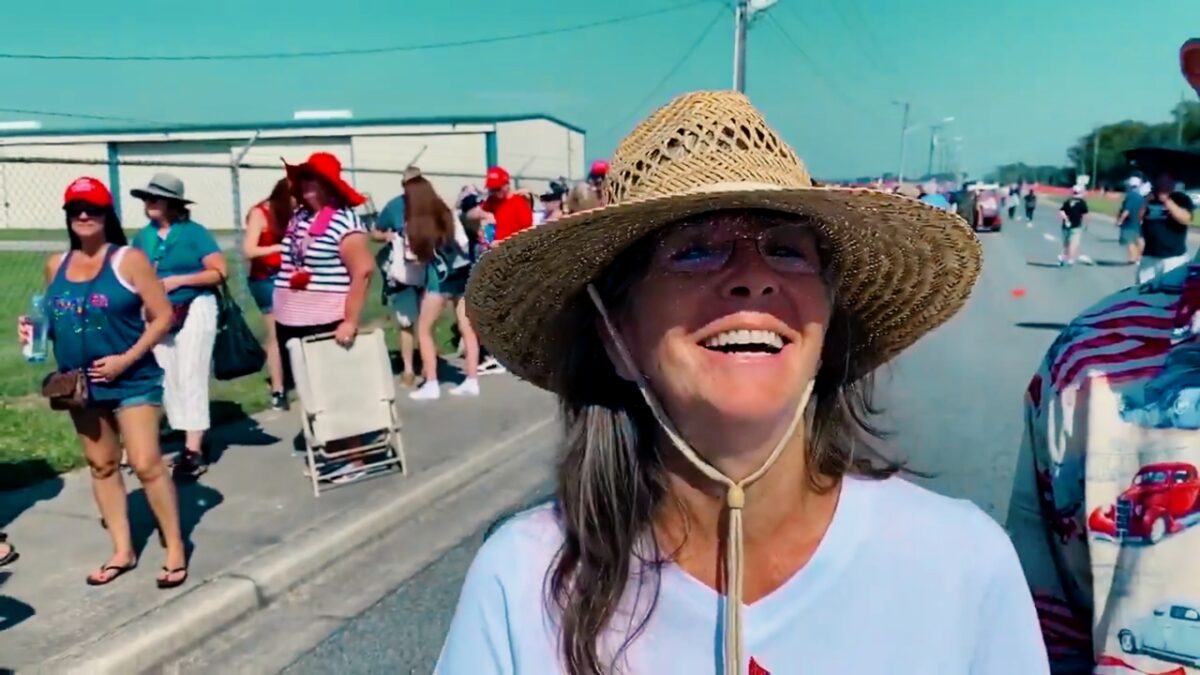 ABC News reporter Will Steakin was shocked when a Trump supporter outside President Donald Trump’s Ocala, Florida rally told him “Put a bullet in your head, buddy. I got one,” drawing laughter from the woman he was interviewing.

Steakin posted the clip to Twitter on Friday afternoon, writing “Trump supporter in line at Ocala FL rally shouts off camera: “ABC News…Put a bullet in your head, buddy. I got one…”

In the video, Steakin is interviewing a woman — on line for Trump’s jam-packed and mask-optional rally — who can be heard telling him “if I can go without a mask in there…,” then stops to laugh as a man off camera says “ABC NEws, I can’t believe it. Put a bullet in your head, buddy. I got one, I’ll, whatever.”

Trump supporter in line at Ocala FL rally shouts off camera: “ABC News…Put a bullet in your head, buddy. I got one…” pic.twitter.com/lpDl5kIR4w

It’s unclear what prompted the remark, but it came the morning after ABC NEws hosted a town hall with former Vice President Joe Biden, which outdrew a competing NBC News town hall with Trump by nearly a million viewers. Additionally, Trump has waged a years-long campaign against the media in general that has inspired acts of violence.

The clip drew horrified reactions and concern for Steakin’s safety from ABC colleagues, journalists, and others on blue-check Twitter — as well as a large dose of condemnation for Trump and his supporters.

The rhetoric is dangerous. https://t.co/8Ui77Wl3cQ

Fwiw – will is one of the best reporters and nicest guys around. This language is not acceptable https://t.co/RY3flWGnrL

Sick. Also — do you think a black man would be able to get away with joking about putting a bullet in someone’s head? https://t.co/Hdw1dZB4P9

“ABC News…Put a bullet in your head, buddy. I got one.”

I’m much less worried about Antifa than I am these MAGAs. Especially if Trump loses.

I hope you have security with you, @wsteaks.pic.twitter.com/D6ojT7RTc1

Hillary Clinton described these people as deplorable and it was a major scandal. She was 100 percent right. https://t.co/gdQR5FnDFc

This isn’t going away, even if Trump does. https://t.co/WLQ1T0iodY

when Hillary called them deplorables the Beltway press lost its mind https://t.co/0QmoexPI6O

The thing is, Hillary was right. https://t.co/fthdewExOC

This comment is met with laughter by Trump’s supporters https://t.co/Ex0BhISDr4

In 2018, five people with the Capital Gazette were shot and killed, and two were injured.

More than 825 journalists covering protests in the U.S. have been targets of aggression this year. 13 journalists around the world have been murdered.

Surely someone had a cell phone cam out. He needs to be found and arrested.