U.S. Defense Secretary Mark Esper on Saturday cast China as a rising threat to world order — saying the world’s most populous nation steals Western know-how, intimidates smaller neighbors and seeks an “advantage by any means and at any cost.”

A frequent critic of China, Esper used an address to an international security conference in Munich, Germany, to give his most comprehensive condemnation yet of a communist country that he said tops the Pentagon’s list of potential adversaries, followed by Russia, “rogue states” like North Korea and Iran, and continuing threats from extremist groups.

“The Chinese Communist Party is heading even faster and further in the wrong direction — more internal repression, more predatory economic practices, more heavy-handedness, and most concerning for me, a more aggressive military posture,” he said. 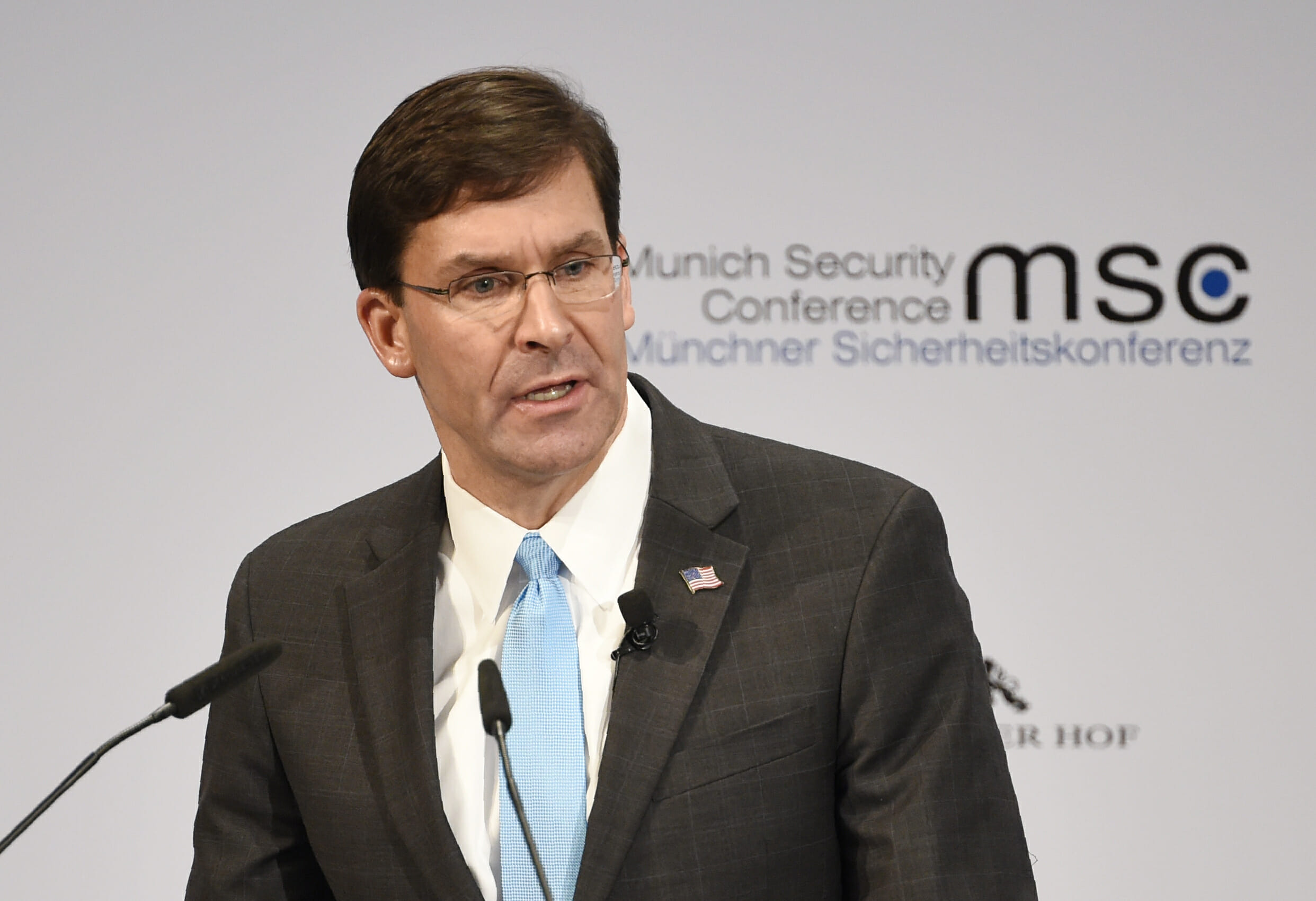 Esper stressed that the United States does not want conflicts with China, and noted that the U.S. government has provided medical supplies to help China combat a coronavirus outbreak that has infected over 67,000 people.

Still, he said Beijing has made clear its long-term intentions and said Europe and the rest of the world must “wake up” to the threats that China poses.

“The Communist Party and its associated organs, including the People’s Liberation Army, are increasingly operating in theaters outside its borders, including Europe, and seeking advantage by any means, and at any cost,” he said.

“While we often doubt the transparency and forthrightness of Beijing, when it comes to their security aims, we should take the Chinese government at its word,” he said. “They have said that by 2035, the PRC intends to complete its military modernization, and, by 2049, it seeks to dominate Asia as the preeminent global military power.”

With words that echoed the Trump administration’s criticisms of Iran, Esper said China represses its people and threatens its neighbors.

“We want China to behave like a normal country,” Esper said, “and that means the Chinese government needs to change its policies and behaviors.”

Esper and his immediate predecessor, Jim Mattis, have sought to shift the main focus of U.S. military and security policy toward China and away from small wars against insurgents and extremists.

U.S. allies in Europe, while concerned about China’s rise, are more immediately worried about Russia.

Chinese Foreign Minister Wang Yi later responded, telling the forum that Esper and U.S. Secretary of State Mike Pompeo “say the same thing wherever they go about China” and dismissed their remarks as “lies.”

“The root cause of all these problems and issues is that the U.S. does not want to see the rapid development and rejuvenation of China, and still less would they want to accept the success of a socialist country,” Wang said through a translator.

He said China had a “right to develop” and said if Beijing and Washington worked together, it would benefit the whole world.

“The most important task for China and the U.S. is to sit down together to have a serious dialogue and find a way for two major countries with different social systems to live in harmony and interact in peace,” he said. “China’s ready and we hope the U.S. will work with us.”

Do you think the U.S. is doing enough to confront China?

He said Europe and the United States need to work out a united approach to China’s rise. “There are opportunities, but also many challenges,” Stoltenberg said, adding that it’s important for Western countries to keep open lines of communication with Beijing.

Also at the Munich conference, Pompeo refuted assertions that the United States under President Donald Trump was rejecting its traditional international leadership role.

“I’m happy to report that the death of the transatlantic alliance is grossly over-exaggerated,” Pompeo said.

“The West is winning.”

The Associated Press contributed to this report.

We are committed to truth and accuracy in all of our journalism. Read our editorial standards.

How to Set Up a Solid Social Media Strategy for 2022