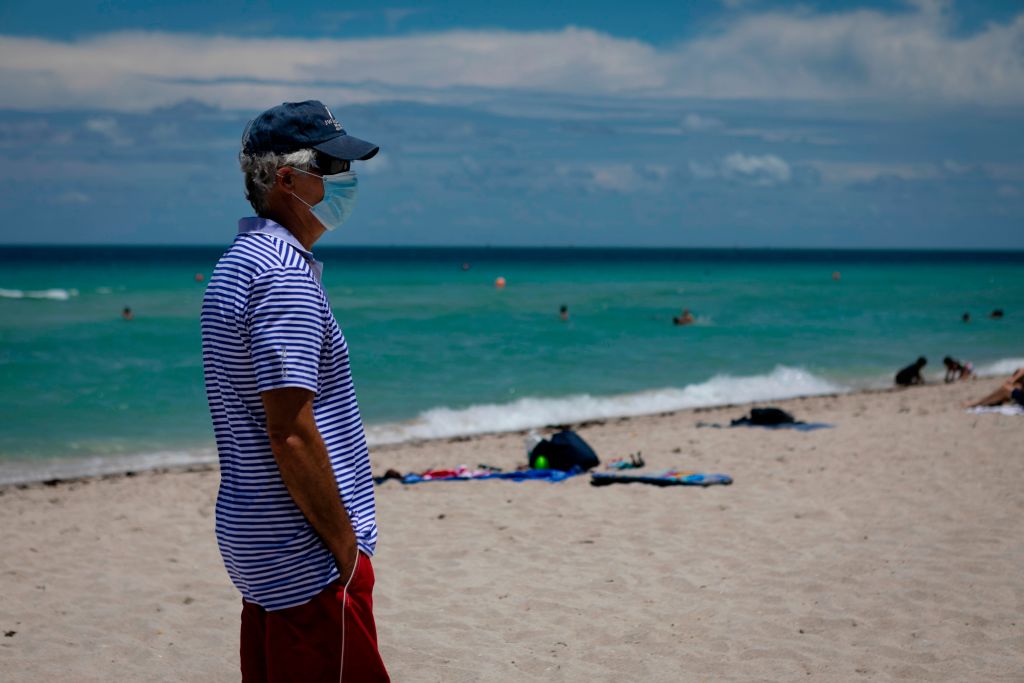 As the spike in coronavirus cases in Florida continues, local government officials in South Florida took steps to close down their popular beaches ahead of the Fourth of July weekend.

Florida has seen thousands of new Covid-19 cases this past week, with a single-day record of 9,585 new cases on Saturday and an additional 8,530 on Sunday. These numbers are similar to New York’s daily peaks back in early April, according to CNN.

Earlier this week, Florida shut down bars again statewide in response to the spike in cases.

Most of the new cases are concentrated in South Florida, especially Miami. During a Sunday press briefing, Gov. Ron DeSantis (R-FL) said that the past three weeks had seen a surge in positive tests among those aged 18 to 44. Socializing at graduation parties and other events had contributed to the virus’ spread among younger people, said DeSantis.

Miami-Dade County Mayor Carlos Gimenez announced an emergency order in a press release posted by his office on Sunday, closing all beaches in the county starting Friday, July 3 through Tuesday, July 7.

The order also banned all gatherings, including parades, of more than 50 people during this period, as well as public viewing of fireworks from county parks or beaches. Fireworks were only allowed to be observe from residents’ homes or parked vehicles.

The press release also emphasized the importance of “New Normal rules requiring masks to be worn always inside commercial establishments and outdoors when social distancing of at least 6 feet is not possible.”

Violations of the requirements to follow social distancing and wear masks will face criminal penalties of up to $500 and 180 days in jail.

“As we continue to see more COVID-19 positive test results among young adults and rising hospitalizations,” said Gimenez, “I have decided that the only prudent thing to do to tamp down this recent uptick is to crack down on recreational activities that put our overall community at higher risk…I have been seeing too many businesses and people ignoring these lifesaving rules. If people are not going to be responsible and protect themselves and others from this pandemic, then the government is forced to step in and restore common sense to save lives.”

Concluded Gimenez, “This new order will be targeting those who are being most irresponsible and endangering our community’s health and our economic recovery.”

The city of Fort Lauderdale took a similar approach, announcing that Fort Lauderdale Beach would be closed July 3 through 5, although restaurants and businesses would be allowed to remain open.

Due to the spike in COVID-19 cases, Mayor @DeanTrantalis announces that Fort Lauderdale Beach will be closed July 3-5 for the safety and protection of the public. Beach restaurants and businesses will remain open. pic.twitter.com/doRjjQh0sl

15 Twitter Features You Aren’t Using… You Are Missing Out

3 Graphic Design Mobile Apps for visual content (in your pocket)

The Best Plugins for Importing RSS Feeds to WordPress + Alternatives

21 Best WordPress Marketing Plugins You Must Have

Instagram Engagement: What you Need to Know and 21 Ways to Increase it