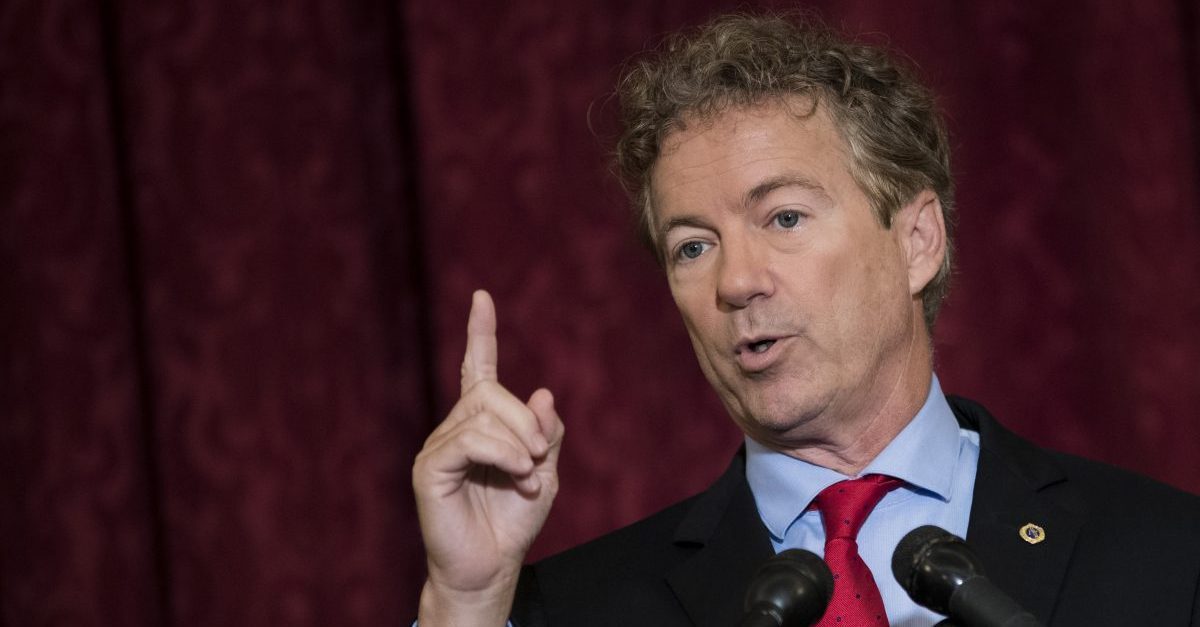 Senator Rand Paul (R-KY) offered up some bizarre rhetoric at a campaign rally in Virginia, falsely claiming  that cloth masks “don’t work” and then giving his hypothetical advice to restaurateurs about how to accommodate elderly diners at increased risk from the coronavirus.

According to the The Daily Beast, Paul brushed off the threat from Covid-19 at a Sunday event for Republican House candidate Nick Freitas. Though he contracted the virus early on during the outbreak, Paul has become one of the biggest skeptics of public health advice — and Dr. Anthony Fauci — even choosing to use the Senate gym and pool while positive.

“I’m not telling you not to wear a mask,” Paul claimed, according to The Daily Beast. “The cloth masks… I’m just telling you the truth, they don’t work. Ninety-seven percent of viruses go through a cloth mask.”

Paul, notably, didn’t offer any scientific source to back up his claim. But nearly every expert on the White House coronavirus task force, including Fauci and CDC Director Robert Redfield, have urged the public to use masks to stop the virus’ spread, even cloth ones that may not be as effective as a N95 mask.

After that bit of misinformation, the Kentucky senator, who is a dentist by trade, confidently explained how he would keep senior citizens safe if he owned a restaurant or, alternatively, a cruise ship.

“If I owned a restaurant, I’d have a whole wing for senior citizens or for anybody who is worried about getting sick, and I would say, all my servers have already had it,” Paul said. “If I had a cruise ship… everybody would have had the infection that works on the boat.”

“I’ve had it. I can’t get it again,” Paul said, without mentioning that there are now documented cases of people contracting Covid more than once. “I can’t give it to you and I can’t get it.” In fact, early scientific studies of coronavirus patients have found a rapidly diminishing effectiveness of the antibodies that prevent re-infection, suggesting their efficacy could disappear after just a few months.

“The president said the virus would go away, and they mock him and make fun of it,” Paul said echoing the president’s dismissive approach, adding: “The virus will go away.”

On Friday and Saturday, the number of Covid cases in the U.S. surpassed 80,000 per day, new record highs for the outbreak, as several dozen states are now seeing huge spikes in new infections.