Skip to content
Loading...
Latest news
Digimind Named a Leader in the Forrester New Wave™: Market and Competitive Intelligence Platform, Q4 2019 Report
Competitive Benchmarking Tactics for the Pharmaceutical Industry in the Age of Social Media? | Q&A with Yann Guilain, Digimind
What is Social Listening? 10 Tools Marketing & Insights Professionals Need to Check Out
He is up there with Senna – remembering McRaes WRC title 25 years on
Police hunt suspects after four killed on Indonesian island 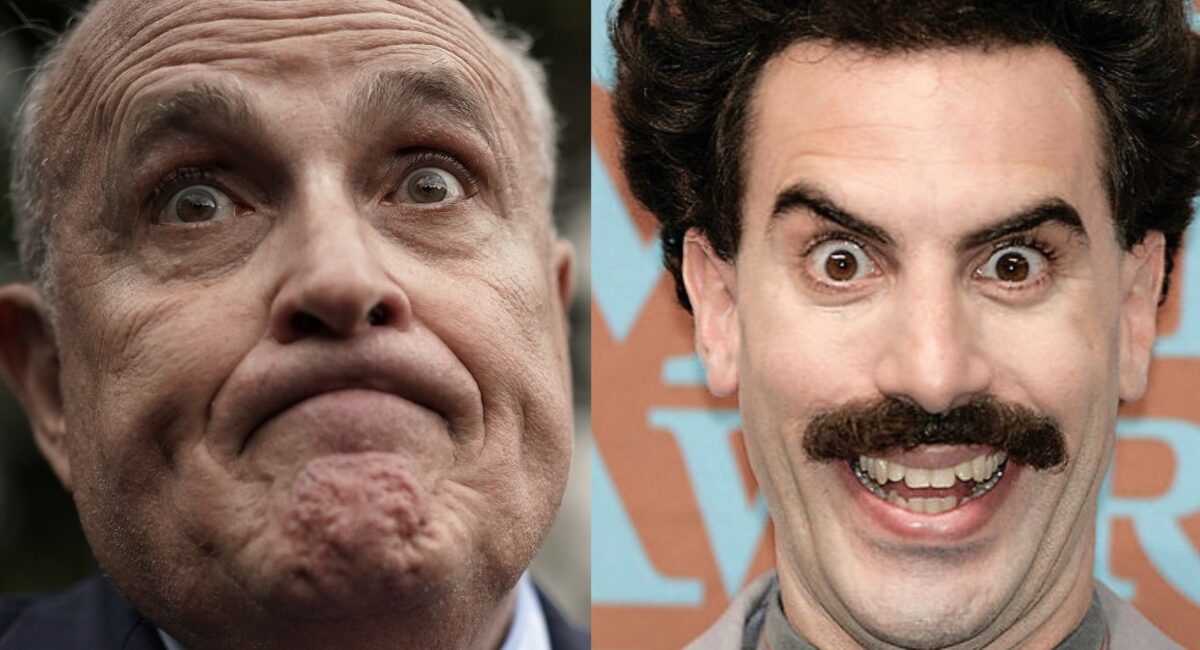 News broke on Wednesday that Rudy Giuliani is featured in a most embarrassing in the yet-to-be-released Borat sequel, set for release on Friday. The scene features an actress playing a 15-year-old asking the former New York City mayor to a private hotel room that had previously been wired with hidden cameras, which is the style of filmmaker and Borat actor Sacha Baron Cohen.

Giuliani’s interaction with Baron Cohen initially broke in July of this year when he revealed calling the police, which merited a bit of news coverage but was largely forgotten about amid the coronavirus pandemic and the presidential election.  But as Mediaite contributing editor Sarah Rumpf asked on Twitter:

Wait, did Rudy think months ago he was about to score with the girl & Cohen interrupted for a fake interview? Rudy publicized it, missing her being presented as underage?

This is literally how lots of creeps found themselves hearing “Hi, I’m Chris Hansen with Dateline NBC” https://t.co/Yu2PRpGIHi

I’ve seen the Giuliani moment in Borat 2. It’s even wilder than it sounds. Beyond cringe.

Did Borat just save American democracy?https://t.co/HlCZC3irSx

What? ⁦@RudyGiuliani⁩ caught holding nothing more in his hand than his…reputation? Doesn’t that happen every day?

every day this year i wake up and the news is somehow worse and weirder than the day before i keep thinking there’s no way it can get more weird but then boom rudy giuliani jerks off in the new borat movie, good morning everyone i guess ? https://t.co/DOZjwbxtm8

Rudy Giuliani’s reaction to getting caught out by Borat pic.twitter.com/WsvrQ8f5LN

“Rudy, Trump will be disappoint! You are leaving hotel without golden shower!” Borat yells. https://t.co/CKvAQCrJBU

Rudy Giuliani getting pwned by Borat is one of the most 2020 things to happen in 2020. https://t.co/XJgADK6WhG

That time Rudy Giuliani called the cops on Borat pic.twitter.com/5a7lSBhfng

If I were in charge at Amazon, I would buy a TON of ad time during tomorrow night’s debate, and fill it with footage of Rudy Giuliani from “Borat Subsequent Moviefilm.”

Guessing that Rudy Giuliani and his family will not be watching Borat 2 together on opening night.

I’m convinced Dril’s avatar has actually, this whole time, been a photo sent from the future of Rudy Giuliani touching himself in the Borat sequel pic.twitter.com/BD9jNDH2aj

I texted Rudy Giuliani on all of his various numbers to ask for his side of the Borat fiasco. He has not responded.

Competitive Benchmarking Tactics for the Pharmaceutical Industry in the Age of Social Media? | Q&A with Yann Guilain, Digimind

What is Social Listening? 10 Tools Marketing & Insights Professionals Need to Check Out