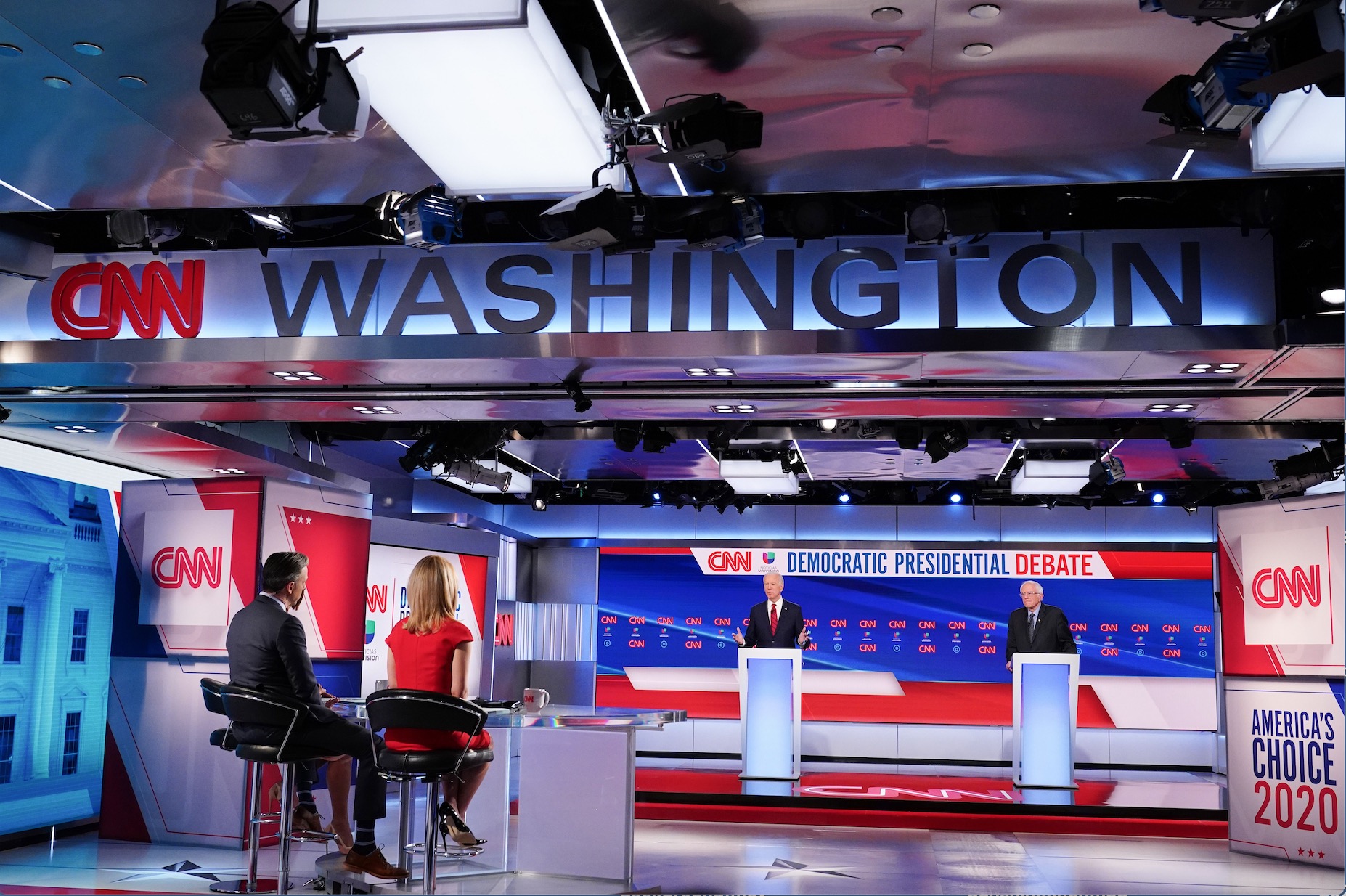 A flurry of recent reports have exposed instances of political activism and lapses in journalistic integrity on behalf of CNN.

Those reports began September 7, when Fox News host Tucker Carlson played leaked audio of a 2016 conversation between CNN president Jeff Zucker and Michael Cohen, who was President Donald Trump’s personal attorney at the time. That audio showed Zucker passing advice to Trump through Cohen about how to handle himself in a presidential primary debate hosted by CNN — and suggesting that Trump do a weekly show on CNN if he lost the presidential election.

“You know what you should do? Whoever’s around him today should just be calling him a conman all day so he’s used to it, so that when he hears it from [Marco] Rubio, it doesn’t matter,” Zucker said on the March 10, 2016 call. “‘Hey conman, hey conman, hey conman.’ He thinks that’s his name, you know?”

Zucker said he thought the candidates would “gang up on him tremendously,” but that he was “going to do great.” With respect to working for CNN, Zucker added, “I have all these proposals for him. I want to do a weekly show with him and all this stuff.”

Audio from Carlson later in the week showed anchor Chris Cuomo, in an attempt to secure a booking, seemingly advise Cohen in 2018 on how to answer questions about allegations he engaged in misconduct on the president’s behalf. “‘You will be asked that and you can say, ‘I did it for [Trump],’ Cuomo advised. “‘My relationship has always been for him. I’ve always said I don’t speak for the campaign. I speak for him as his attorney.’

“And to the question of motive … the response would have to be, ‘You can speculate as to why you think I did it all day long, but the only answer is my answer and I just told you why I did it,” he added. “You don’t get to speculate because if you can’t prove that I got paid back by Trump or the campaign, it is slander and defamation for you to say that I did.”‘

While Cuomo may have been engaging in the sort of back-and-forth expected from television hosts trying to score an interview, the tape is undoubtedly unflattering for the network. Fox News similarly published revelations last week that Jake Tapper exchanged text messages with Sean Parnell, a Pennsylvania Republican running for the U.S. House, underscoring how critics have used such exchanges to prod a sore spot for CNN.

“CNN wants to claim objectivity, but its behaviors and product suggest the channel does have political leanings,” Jeffrey McCall, a professor of journalism at DePauw University, told Mediaite. “That CNN isn’t neutral is just fine with many of its viewers who are looking for confirmation bias, but the approach CNN has taken surely turns off most independent-minded news consumers. CNN has proudly become part of the ‘Trump resistance,’ Jeff Zucker is generally considered a partisan who has orchestrated this vision.”

Grievances about partisanship at CNN are hardly new. CNN anchor Brian Stelter — the network’s chief media correspondent — even admitted in an August interview with NPR that he had become more “opinionated” since Trump took office and that he sought to avoid the “both-sides trap,” explaining, “In 10 or 20 years, I want to be able to look back and be proud of how I covered the Trump presidency.”

The only problem: The company would still prefer to be thought of as an objective news network. Perhaps unsurprisingly, The New York Times revealed this week the network hired a public-relations firm to help CNN push its image as a neutral arbiter.

“We’ve shifted from ‘Trump is telling lies, we’re going to talk about facts’ to ‘These are some facts you should know,’” Mark Figliulo, the president of the ad agency Fig, told The Times. Figliulu said the network was “trying to make it a little more centrist, to appeal to everybody” with its “Facts First” ad campaign.

Yet, Stelter isn’t the only CNN staffer to become more opinionated in recent years. White House correspondents Jim Acosta and Kaitlan Collins have become fixtures of presidential press conferences in the Trump era for engaging in regular verbal battles with the president. Dayside anchors such as Briana Keilar regularly lean into overt opinion.

The network has also become more aggressive in attacking conservative competitors in the media. Oliver Darcy — who worked for Glenn Beck’s conservative website The Blaze before joining CNN as a media correspondent— provided one illustration in early September, when the Commission on Presidential Debates announced Fox News’ Chris Wallace would serve as the moderator for the first presidential debate.

“Chris Wallace is a great anchor,” Darcy wrote on Twitter. “But his network has pushed disinfo, conspiracy theories & outright lies in support of the president. And by giving Fox the first debate, the Commission on Presidential Debates is rewarding one of most destructive forces in American politics.”

The network faces an additional challenge insofar as accusations of bias at the network extend to more than simple news coverage. Critics have noted three CNN contributors publicly campaigned for the Democratic Party’s 2020 presidential nominee, Joe Biden. Former Ohio Gov. John Kasich (R) spoke at the Democratic National Convention in August on his behalf, as did Andrew Yang, who also competed this year for the Democratic Party’s presidential nomination. CNN’s Ana Navarro similarly hosted a Florida fundraiser for Biden

Those sorts of conflicts sometimes seep into news coverage. Cuomo regularly provided his brother, New York Gov. Andrew Cuomo (D), fawning interviews at the height of the coronavirus pandemic, a practice widely panned by media critics, including Mediaite’s Joe DePaolo, who noted in March, “The conflict of interest couldn’t be more clear.”

The network has also used its chyrons to express caustic opinions during news segments and events. “Angry Trump turns briefing into propaganda session,” one chyron said during a White House coronavirus briefing. “RNC tries to convince you the president is not the man you’ve seen all these years,” said another during the Republican convention.

“Zucker has to be comfortable with Acosta being an administration antagonist, and comfortable with primetime hosts being advocates on policy issues, or those things would stop,” McCall said. “Overall, the news consuming marketplace has told CNN that its approach is not neutral from a content perspective, and their third place standing in the cable news race suggests that. The latest revelations, indeed, harm CNN’s claims of neutrality. But CNN should worry more about its approach to doing journalism than about trying to fend off the bad PR that has come with those revelations.”

CNN has engaged in Herculean contortions to present itself as an unbiased news network and to hide the obvious — that much of its content is opinion journalism. You can debate the wisdom of that editorial decision, but you can’t call it straight news with a straight face.

This is an opinion piece. The views expressed in this article are those of just the author.

Poland Nears Accord to Close Its Coal Mines

21 Things For Anyone Who Wants To Lean Into Cottagecore

Joe Scarborough: Trump’s Not Committing to Peaceful Transfer of Power is a ‘Five Alarm Fire’