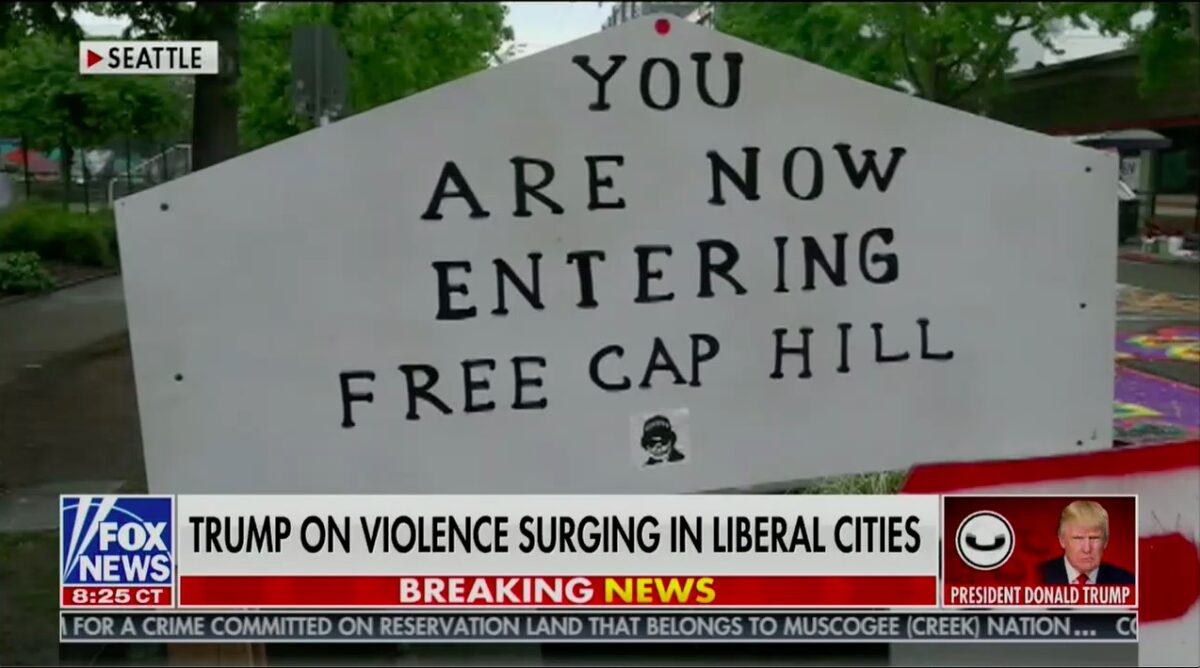 Last night on Fox News, President Donald Trump, after a not-so-subtle prompt from Sean Hannity, took credit for the shut down of the Capital Hill Organized Protest (CHOP) in Seattle on July 1, claiming that it was his behind-the-scenes threats to local officials that he would soon deploy the National Guard that prompted the action.

In interview with the Washington Post, the Seattle mayor denied that the president or anyone in the White House applied any private pressure on her before her decision to have the city’s police department roll up the protestors and clear the area. “It just never happened,” Durkan told the Post. “I don’t know what world he’s living in.”

Durkan’s statements directly contradicted Trump’s braggadocio on Thursday night — that got an able assist from perhaps his biggest cheerleader on cable news.

“I had a source that told me, I was not able to confirm it, that one of the reasons that the Seattle mayor finally acted, is that they were given notice that if they didn’t act, that you were going to,” Hannity said, pitching Trump a softball so big it could be seen from space. “Is there any truth to that?”

Everything Trump claimed to Hannity was contradicted by the facts, Durkan said during her rebuttal in the Post.

“He never contacted me or my office to warn us,” Durkan said. “We had no conversations whatsoever with the White House about anything related to the protests, Capitol Hill, or anything along these lines.”

Watch the video above, via Fox News.

Hillary Clinton Leads Epic Roast of NYT and Maureen Dowd: ‘Maureen Had Too Much Pot Brownie’

44 Things Thatll Save You From Yourself

Which Of These Weird Food Combos Would Your Rather Eat?