This is an opinion.


Armie Hammer is into some vulgar stuff—nobody denies that.

The Social Network actor is simmering in scrutiny after his sexual tendencies were exposed to the public. And considering his appetite for pain, who knows—maybe he’s actually enjoying it.

Nonetheless, as the media and the general public try to dissect this man’s sexual life, we should ask ourselves what we’re trying to accomplish, and just like Armie Hammer should’ve considered: is there a line that we shouldn’t cross?

Armie Hammer is easy to hate. He’s a handsome, successful, highly privileged white man in 2021. And he looks like he just walked out of a starring role in American Psycho.

So, naturally, when people began revealing his twisted sexual tendencies, it was easy for the critics to pile on.

It all started earlier this month when texts, allegedly from Hammer, were leaked online. In them, he wrote things such as “I’m 100% a cannibal” and “I need to drink your blood.”

He responded to the claims by stepping away from filming Shotgun Wedding with Jennifer Lopez and releasing this statement:

I’m not responding to these bulls**t claims, but in light of the vicious and spurious online attacks against me, I cannot in good conscience now leave my children for four months to shoot a film in the Dominican Republic. Lionsgate is supporting me in this, and I’m grateful to them for that.

Then his ex-lovers came out. Courtney Vucekovich claimed Armie Hammer said he wanted to break her rib and “barbecue and eat it.”

She described him as some sort of emotional vampire who manipulated and drained her and called him one of the “most broken” people she’s ever met.

Another ex claimed he “went too far a lot of the time,” but she agreed to the fantasies because she “didn’t want to let him down.” She even said he had mannequins in his basement that used to practice rope play.

The general vibe these women give off is that they felt highly uncomfortable, even unsafe, but they were charmed, captivated, or manipulated by Hammer.

And he’s faced a whirlwind of scrutiny from the media and social media users since these stories broke.

This man clearly appears to be engaging in questionable behaviors, and his kinks are creepy, to say the least. As a society, it’s okay to find his behaviors unacceptable but is shame the best tool to treat people who are clearly stuck in a dark place?

The Origin of Cannibalism Fantasies

Wu said there’s no typical way to enact a cannibalism scene because it’s ‘extremely unrealistic.’ She describes the psychology behind such acts:

When you really think about it, desire is about the craving to assimilate an other. When you are so f*$#ing into that person you need to have them or be owned by them or be entangled in a specific way, cannibalism as a fetish really highlights or fulfills this sense of wanting to be close to someone and the futility that it’ll never fully happen.

If Wu is right, then Hammer is essentially craving a closeness that he cannot attain through normal interaction. He’s not craving actual human flesh.

This inability to feel closeness healthily echoes the idea that he’s a ‘broken’ person.

What Do We Do With People Like Armie Hammer?

Hammer was raised in wealth, a result of the financial success of his grandfather, oil tycoon Armand Hammer. And despite the temptation to feel zero sympathies for ‘rich kids,’ they are nonetheless more likely to be ‘troubled.’

Suniya Luthar, a psychology professor at Arizona State University, wrote that children of the affluent are becoming “increasingly troubled, reckless and self-destructive.”

Several exes claimed they found themselves engaging in acts they weren’t comfortable with. While exes like Paige Lorenze admitted to ‘consenting,’ Hammer should’ve been checking in with these women to make sure they were comfortable with the extreme acts he was requesting.

Check out this take on the situation: 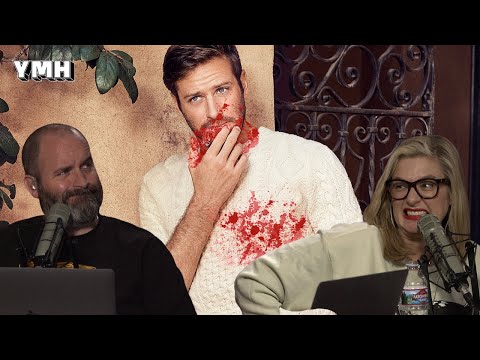 His behavior should be called out and corrected. But is mass shaming going to fix anything? Mike Tyson, of all people, has shown us the power of redemption.

William and Mary Law School published an article concluding that shaming does little to reduce unwanted behaviors. Hammer might be acting out because he’s craving closeness, so how, exactly, will ostracizing him from society help?

I’m not suggesting we put on our kid gloves and ask Armie Hammer if he’s okay with the way we’re treating him. He made people feel unsafe that behavior needs to be corrected. But it’s worth asking if shaming will actually protect future victims or if it will just satisfy our own bloodlust.

Disclaimer: The opinions in this article do not necessarily reflect the views of CCN.com.